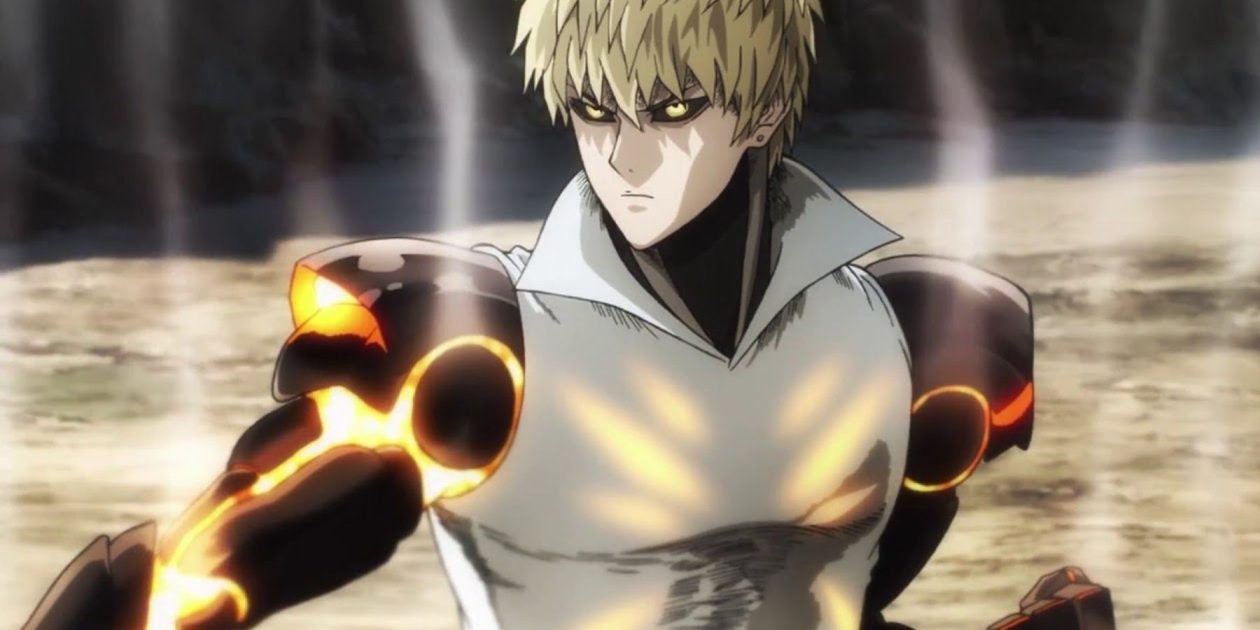 Although Saitama is the main and titular character one man punch, this highly popular superhero anime features a variety of unique characters each with their own set of powers. One of the most frequently featured characters is Genos, one of Saitama’s most loyal allies and self-proclaimed disciple. Genos is one of the few characters who knew Saitama before he joined the Hero Association, and is naturally acquainted with Saitama’s true strength and power.

While not ridiculously strong as Saitama, Genos is a powerful hero in his own right, and he is currently an S-class hero named Demon Cyborg. Genos’ main strengths come from his entire cybernetic body, which gives him a variety of tools, weapons, and powers that far exceed the capabilities of an ordinary human. Furthermore, Genos’ abilities and upgrades often change depending on the situation, which means that it can be difficult to keep track of his different abilities.

Related: Best Anime To Watch If You Like Mob Psycho 100

Genos at the beginning of the series

Genos was already powerful before meeting with Saitama. After his home and family are destroyed by a rampaging cyborg, Genos begs Dr. Cucino, who has been after the cyborg, to give him the body of a robot. Genos’ electronic prosthetics give him incredible power and speed, allowing him to destroy many monsters with relative ease. Genos’ body is also equipped with a variety of sensors useful for searching for signs of life and enemy locations. His main weapons are blazing cannons placed in the palms of his hands. He could fire heat, fire, or plasma with varying degrees of power depending on the type of weapon he was currently equipped with.

Cyborg Genos’ body is powered by an energy core located inside his chest. In addition, his body is very durable, and Genos does not seem to feel pain even when his body is destroyed. Because of this, Genos can survive a great deal of damage and can be repaired later. Despite this, Genos’ abilities are still far below those of Saitama, something he recognized when he first met him. Genos then seeks to become Saitama’s disciple, and the two quickly become fast friends.

As a cyborg, Genos’ progress usually comes in the form of improvements and replacements for his cyborg body, replacing his existing body parts with more powerful ones. Some of these parts are for specific situations, such as the Anti-Saitama Tactical Weapon, which he uses in his match against Saitama. Other upgrades come in the form of objects and accessories such as the Weapon Mode, which Genos carry in a bag. When he needs to use it, the bag transforms into new arm parts that greatly increase the power of his attacks.

RELATED: Was Season Two of One-Punch Man Really That Bad?

Aside from these replacement parts, Dr. Cucino frequently upgraded Genos’ body to match the rising power of monsters constantly invading society. This often happens after a terrible fight that often leaves Genos damaged in some way. While most of these upgrades are general improvements to the Genos’ core power and speed, they can sometimes give it more versatility as well, such as gaining the ability to separate its terminals (although they’re still connected via cable). These upgrades also tend to alter Genos’ appearance as well, Genos’ large arsenal of equipment and a constantly upgraded body allow him to constantly evolve and change with each arc, allowing him to keep up with the escalating threats that emerge throughout the series.

While many of Genos’ powers are based on technology and machines, Genos have the ability to learn tactical knowledge and combat strategy due to their still human brain. This is part of the reason why Genos demanded to become Saitama’s disciple despite gaining strength through promotions. Of course, Genos on his own is already a skilled martial artist in his own right, even before meeting Saitama, and he knows how to take advantage of his cyborg body’s advantages over those with organic bodies. In addition, Genos has the knowledge and awareness to use their various weapons and equipment strategically, allowing them to improvise solutions on the go and adapt to changing situations. These and other traits are what eventually propelled Genos to the S class of the Champions League, making him one of the most powerful champions in the world.

Ultimately, Genos’ fighting style is shaped by the combination of his knowledge, fighting abilities, and his powerful robotic body. He uses his martial arts expertise when fighting hand-to-hand and makes use of his various high-tech weapons and signature Incineration Cannons to battle enemies that keep him at a distance. Genos’ fighting style evolves over the course of the series; Initially having a very direct approach to fighting monsters, Genos slowly became more flexible and creative over time, something that can be attributed to Saitama’s influence as a mentor and friend.