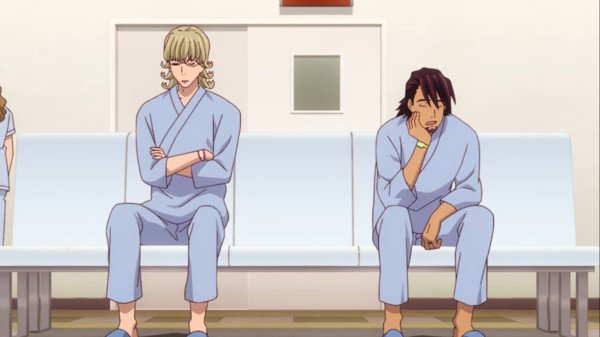 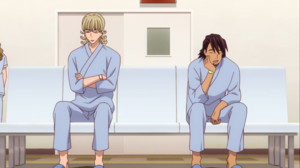 In Sternbild, superheroes aren’t just heroes, they are corporate reality stars. After the success of Kotetsu and Barnaby’s partnership, Hero TV implemented a “friend system”, where each hero acts as part of a duo. Some pairs are more harmonious than others, but there are some difficulties in growing after the champions have been accustomed to solo rivalry for so long. They better get together soon, because a pair of villains wipe out the heroes of a small town, on their way to Stern Building…

How was the first episode? 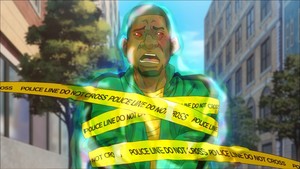 
There was nothing quite right about the first episode of the last half of tiger and rabbit 2And you’ll see me try to solve it in real time. The episode begins with the announcement of the best Buddy Hero team: Fire Emblem and Sky High. As the rankings drop, Kotetsu and Barnaby are conspicuously absent. After all, Hugan and Mugan screwed them up so badly, presumably because their recovery lasted so long that people started wondering if they’d ever come back.

Except that the passage of time doesn’t really feel like it. Most of the characters are in the same place emotionally as they were at the end of last season, except that Magic Cat has moved in with the Dragon Kid. The teams are all well known for each other, and Kotetsu and Barnaby are looking forward to getting back into action. However, since they are much happier and contented people than they were in the first series, they may be excited, but they don’t really advocate for it. I’m glad they’re happy, but it’s not exactly the most compelling TV.

Everything looks a little, like a badly painted illegal model. In fact, given how regularly animators deviate from form, they kind of a look Like poorly painted stems about 75% of the time. The chemistry is off the mark as the characters come more like their sitcom versions, sharing a single brain cell between who’s on screen at the moment. There are a couple of funny gags, but I didn’t feel like I’ve been watching the band I’ve loved for the past few years. It felt like a mid-season filler episode, not the start of a new arc.

I mean, there some The plot takes place, but the way it was presented is not very interesting. Suddenly a group of NEXT go berserk, but their strength is weird, they’re acting weird, and there’s a lot of them. Good! I wonder what could happen! Perhaps like every fictional world where evolution led people to start developing powers, now some villains have a gruesome scheme to impose powers on ordinary people. It’s a very modular model and probably a fatigue preview guide, but I’m finding it hard to get excited for the rest of the season.